In this post, I design and build a LED clock for my daughter:

I had been using a Nixie Tube clock in the baby’s room. As the baby grew older, she not only became mobile, but has also picked up a new hobby, smashing things. As such, the nixie clock had to be replaced with something less dangerous. I had some 1″ 7-segment LED displays from a previous project, so I decided to modify the clock design to function around those.

The schematic is shown below: 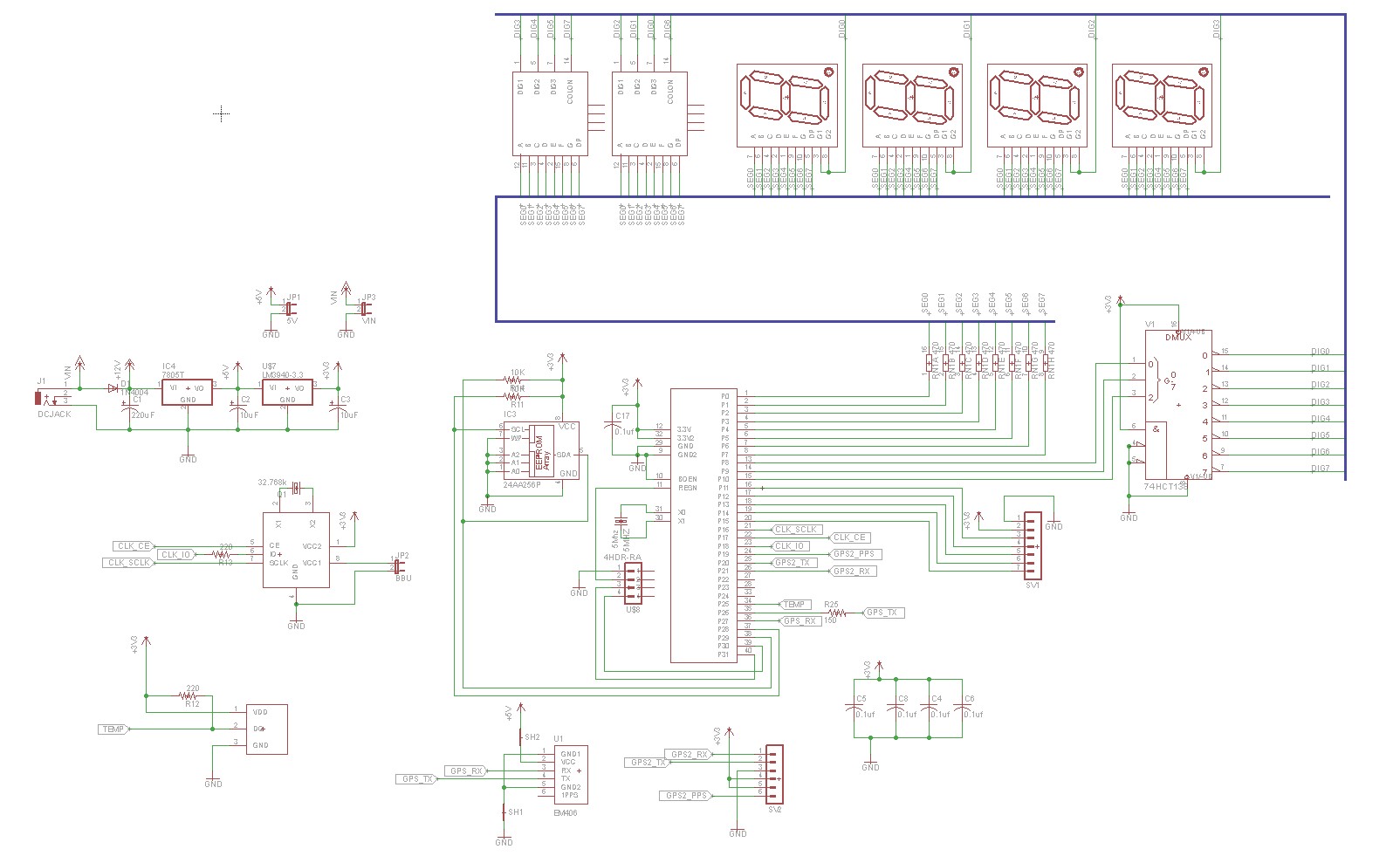 The CPU used is a Parallax Propeller. The propeller doesn’t have onboard program memory, so there is a separate EEPROM that contains the program. There are three different ways to keep time: 1) a Dallas DS1302 realtime clock, 2) A UP-501 GPS Module, or 3) An EM-406 GPS module. You only need one of these. At the time I designed my Nixie Tube clock, I was fond of the UP-501, and had one left on hand so I used it here. Unfortunately to great regret, the UP-501 is no longer manufactured. My research shows that a PAM-7Q might be compatible, and I might try to get some of those on hand to power future clock projects.

The displays are multiplexed. There are two different display options:

Choose either of the two 7-segment LED options, not both.

There’s also a pad on the board for a dallas 1822 thermometer. The idea there was to support repurposing this board as a thermometer if I chose to do so.

There’s a DIP resistor that’s used to set the current for the LED displays. For 1″ blue 7-segment displays with a 3V forward voltage, I found no resistor was necessary and just shunted them across. The common cathodes of the displays are driven by a 74HCT138 3-8 decoder.

These boards were fabricated using Seeed Studio Fusion PCB, as I had room to toss them onto another order.  Here is a picture of a completed clock board: 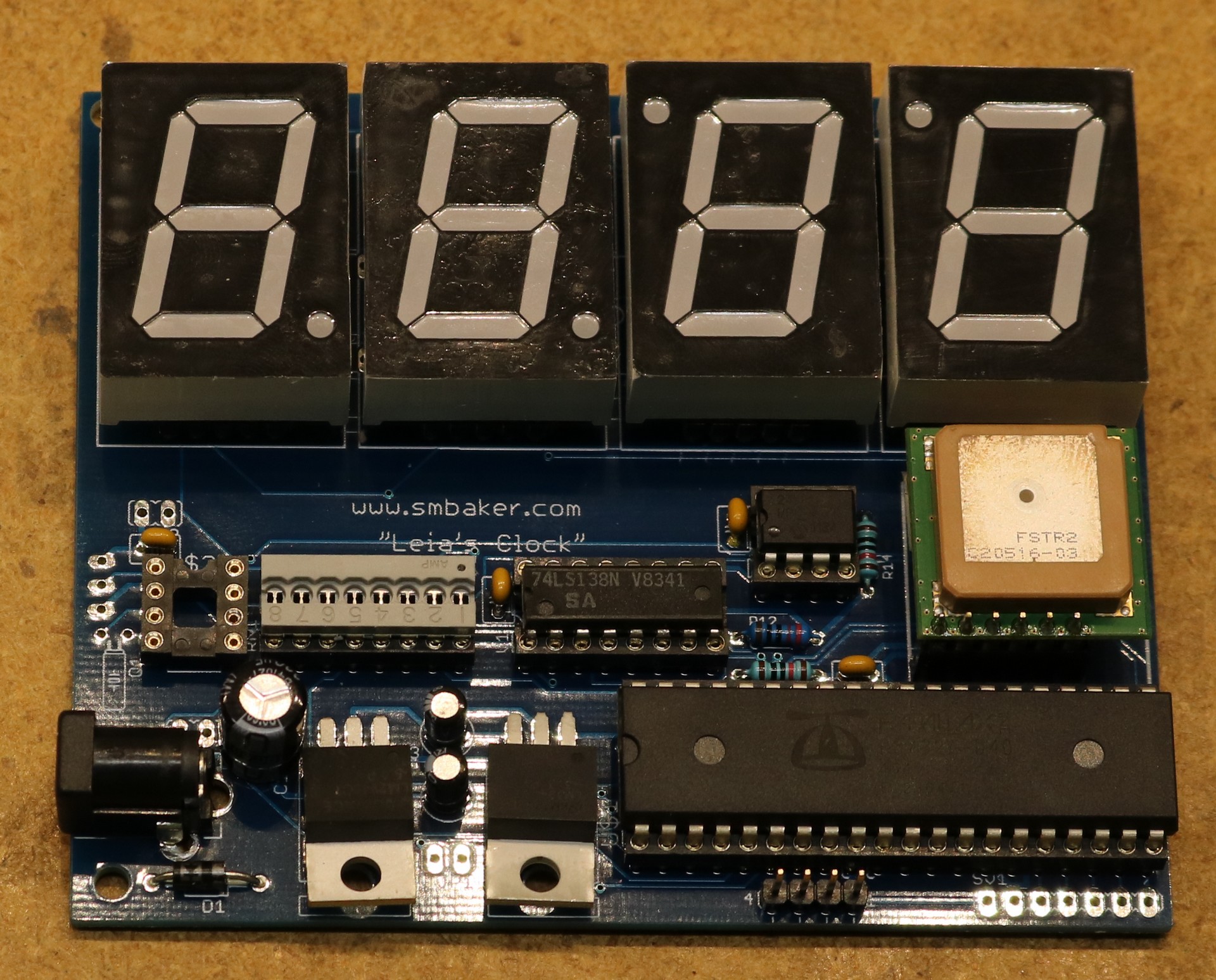 Here is a picture of the completed clock on Leia’s table: 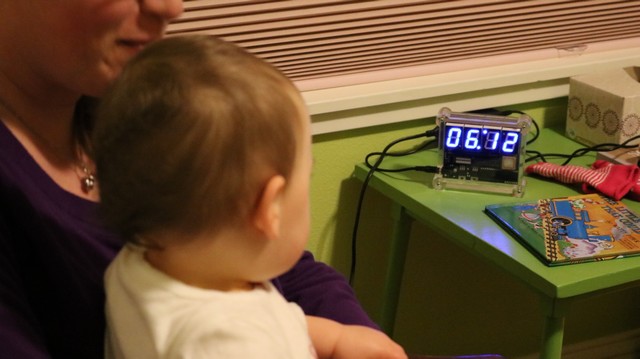 The software is up in my github repo, same place as the original nixie tube clock: https://github.com/sbelectronics/prop-nixieclock