In this video, I measure the voltage drop on USB Power Cables using a Power Supply, DC Load, and Multimeter:

When I did my Seeed Studio Fusion PCB Review, I ordered a new board for my Raspberry Pi Midi Jukebox, that featured a 3.5×1.35 barrel jack for power. I like barrel jacks instead of micro-usb, as it’s easier and more foolproof to plug in a barrel jack. Anyhow, it didn’t work. The pi just sat there and blinked. No ssh. No VFD display. Did I design a bum PCB? Did I short something out when I plugged it in? Did I somehow ruin my pi?

It turned out to be one of those things you might not think of — the power cable. The project worked fine with the USB-MicroUSB cable that I normally use with my pi. However, it didn’t work with the USB-3.5×1.35 cable that I bought from ebay. Once I realized the power cable was the culprit, it immediately seemed likely that it was a voltage drop issue due to small wire or some other manufacturing issue. I set out to measure several cables and compare the results.

The DC Load was based on Dave Jones’s EEVBlog episode 102. My schematic pretty much follows Dave’s design. Here is my schematic:

I’m not going into much detail on how this works — the EEVBlog video does a much better job than I possibly could.

The DC Load was built pretty much from spare parts, eBay finds, and a custom OSH Park pcboard.

Several things to note in this picture:

For each cable, I set a fixed output at the power supply, and then varied the load from 3 milliamps (the lowest my DC load is able to create) up to about 2 amps. At each different load value, I wrote down the voltage observed at the load.

Here are the cables that I tested:

Below is a chart that records the observed voltage at each milliamp setting on the DC Load. For example, the bar35 cable resulted in a measured voltage of 3.17 volts at a load setting of 300 milliamps.

The same data, plotted in a graph: 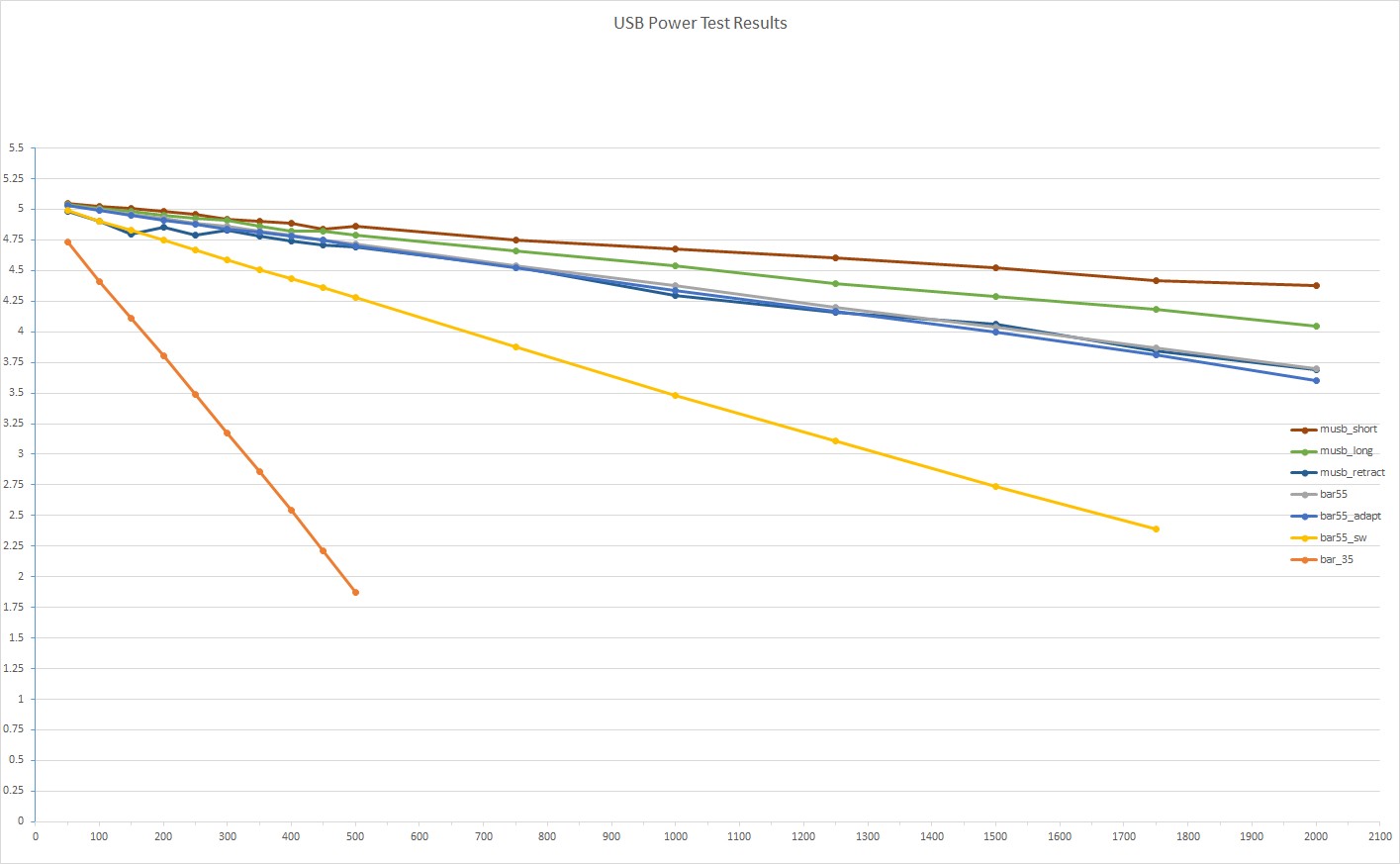 Some interesting observations from these results: