Most people who have read my retrocomputing series probably have some familiarity with 3 1/2″ drives or with 5 1/4″ drives. The 8″ drive preceded the 5 1/4″. I never had the experience, having entered the computer scene in the early 80s with a TRS-80 coco, starting out with a cassette tape and then moving to a 5 1/4″ drive. As such, I was anxious to try out some 8″ drives.

I started out by watching eBay for a couple of weeks. There are several different models of 8″ drive that show up — Shugart and NEC seem to be the most popular, but you’ll also see Qume, Tandon, and some rarer drives. There’s several different parameters to look for in drives:

I knew early on in my selection process that I wanted a soft sectored double-sided double-density drive.

Also note that a variety of power sources are required for the typical 8″ floppy. Early drives required line power (120 VAC or 240 VAC) for the spindle motor. If you get one that requires line power, make sure it’s compatible with your country. Also required is typically 24 VDC and 5 VDC. Occasionally -5 VDC is also required. You may have to build yourself a custom power supply to get your ancient 8″ floppy drive working.

When evaluating drives on eBay, you have to be wary that whatever you purchase may not function. 8″ drives could easily be nearly 50 years old. They may suffer from controller failures, head failures, alignment issues, etc. Often the parts to repair them are no longer manufactured. Some contacts on the vintage computer forum warned me about buying drives from eBay sources without a guarantee, that I could easily be buying junk that was not financially feasible to repair.

Nevertheless, when a pair of Qume drives plus a case showed up for around a hundred bucks, I decided to give them a shot.

The controllers that I implemented for the RC2014 used 34 pin connectors. The typical 8″ drive uses a 50 pin connector. Thus, I had to implement a 34-to-50 adapter. You could do this by hacking a ribbon cable, but it was easier for me to design a PCB with a couple of headers. Here is my schematic: 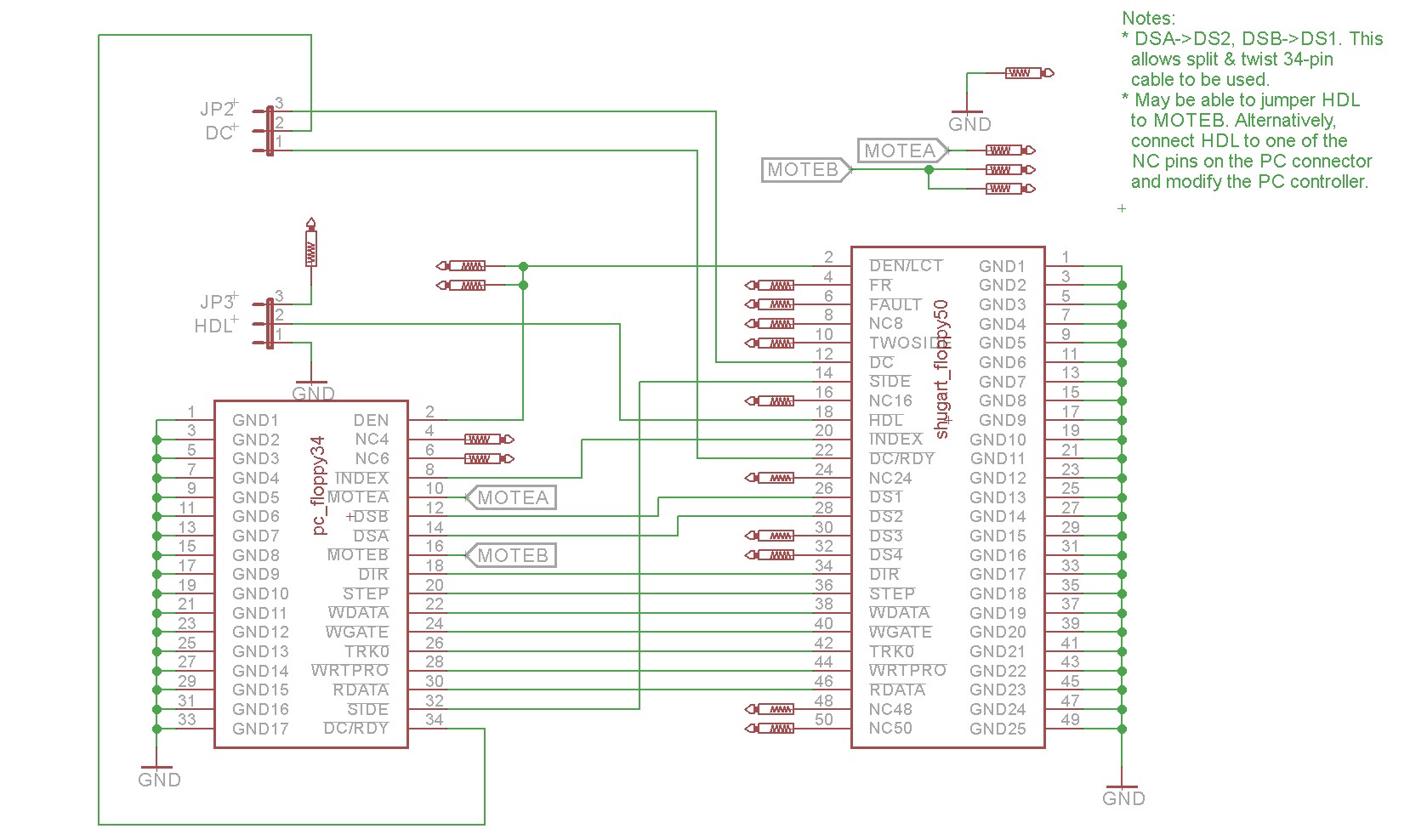 and the boards I implemented:

Most of the signals are a straightforward mapping from the 34-pin connector to the 50 pin connector, but there are a few exceptions:

There’s two particularly problematic signals that we have to deal with for the 8″ drive:

With either of these two signals, you might not even need them. You’ll have to consult your 8″ drive’s manual. My Qume drives do need RWC, but they can be jumpered to operate HDL from drive select if desired.

The controller I’m using, the WD37C65, does support a native head load signal. I routed the 8″ HDL (pin 18) to one of the PC connector’s unused pins (6), and then wired my controller to supply head load on pin 6.

My two Qume drives required +24VDC and +5VDC, as well as line voltage. Fortunately, no negative voltages were required. I constructed a power supply mostly from parts from Jameco electronics: 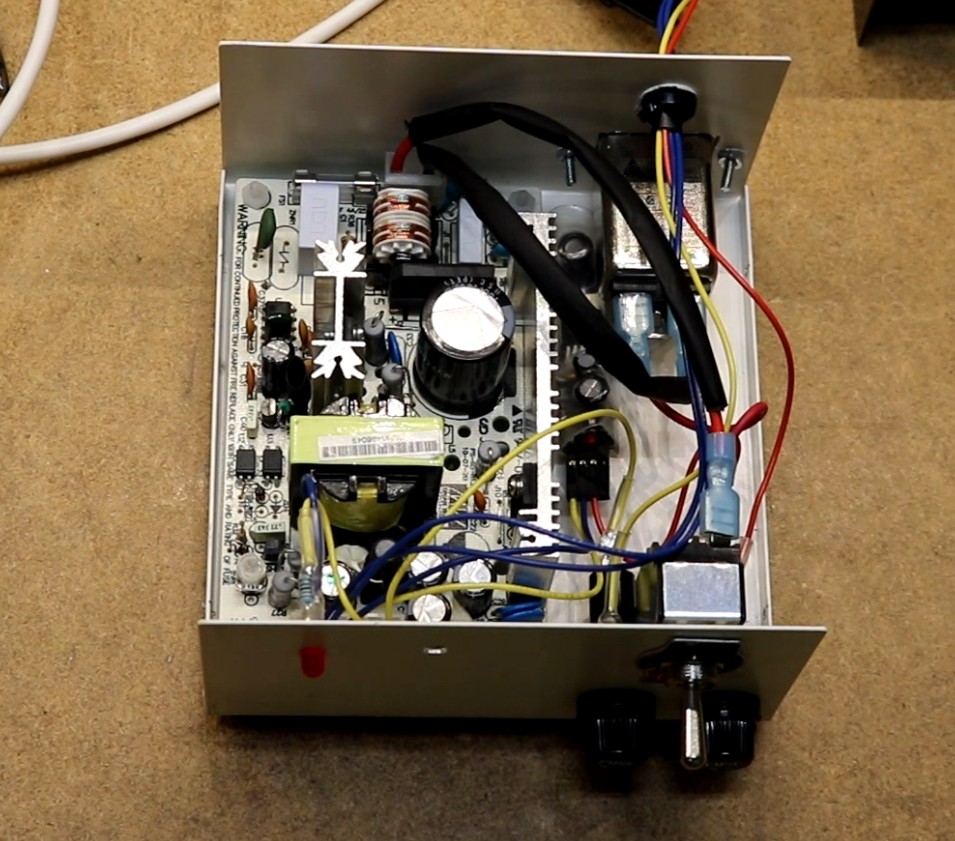 The large open-frame power supply is a 24V supply from Jameco electronics. I also added a power entry filter that accepts standard AC power cables, a toggle switch, a couple of fuses, and a status LED.

It’s hard to see, but tucked alongside the open-frame 24V supply is one of my LM2576 5V switching modules. This supplies the 5V power necessary for the drive.

The CP/M distribution I’m currently using on the RC2014 is called RomWBW. It already has a profile for supporting double-sided/double-density 8″ drives, so little work was necessary. All I did was change the number of tracks from 77 to 40 to workaround my current RWC limitation.