I decided that restoring old tube radios was to be my new hobby (Thanks, Nuts & Volts…) and I quickly realized that I could use an RF signal generator. Rather than do the sensible thing and buy something new, modern, tested, and functional, I decided to grab a 1959 Knight KG-650 RF Generator from ebay:

Here’s a picture of the RF generator, after a little bit of restoring: 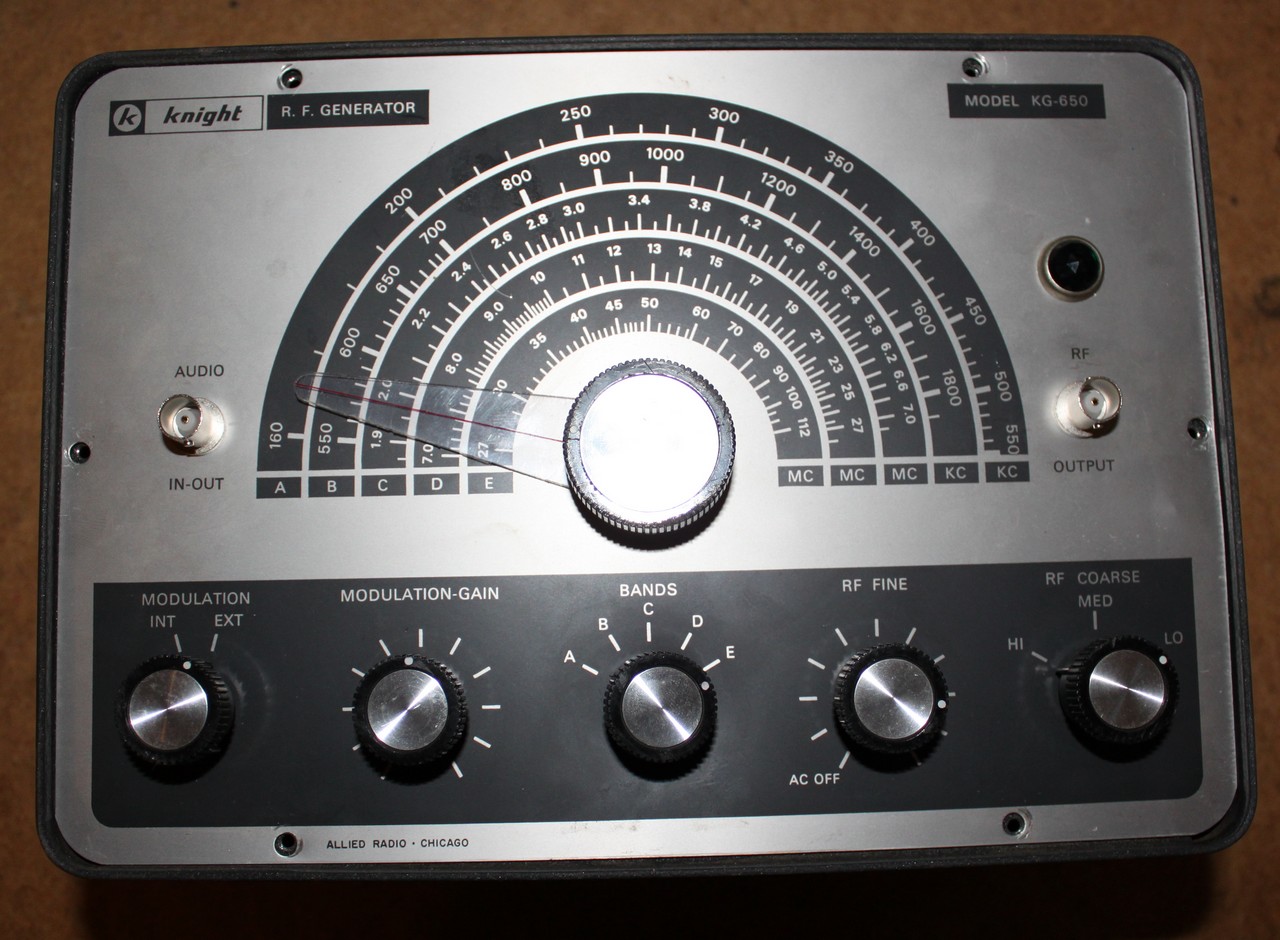 Before it even arrived, I realized that the test leads I have use BNC connectors, whereas the piece of ancient history that I ordered had some kind of funky 1950s RF connector that no longer exists: 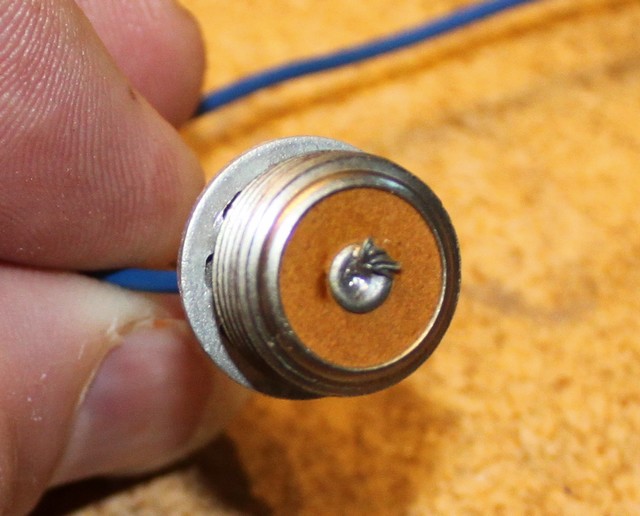 I found out online that I could cut the center pin in a PL259-BNC adapter down to about 1/4″ and that would fit the funky knight connector. So I did that. I actually cut it down a little too far, but some solder deposited on the stub of a center pin managed to make up the difference. The adapter worked. 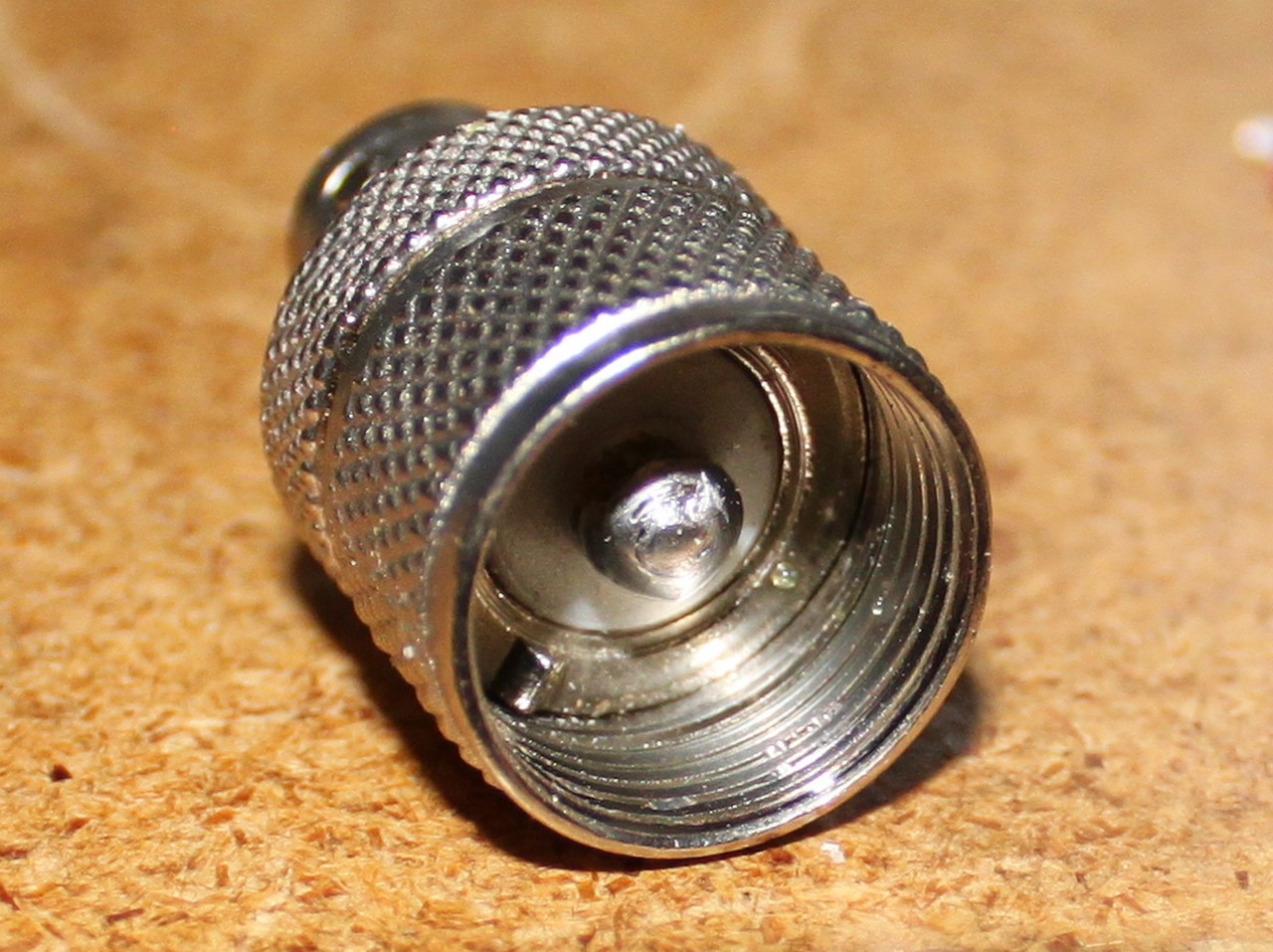 However, it turned out to be a really stupid idea. I spent ~ $7 making this ugly adapter when I could have just bought some BNC jacks from digikey (P/N A97548-ND) and replaced the jacks in the signal generator with modern BNC jacks. I did that, at $1.74 per jack. They fit perfectly, and now I can attach modern test leads to the old RF generator without any issue. 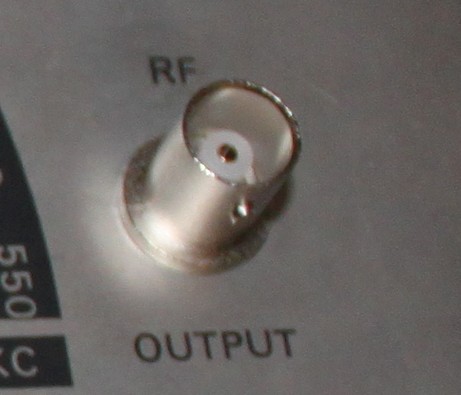 I also ditched the old non-polarized AC cable and replaced it with a receptacle for a modern AC cable, the type typically used by computers an test equipment. I like my test equipment to use standard power cables, and I like the safety of things being grounded, especially things that might have a hundred and twenty volts wandering around in them. It took some case surgery to make this happen: 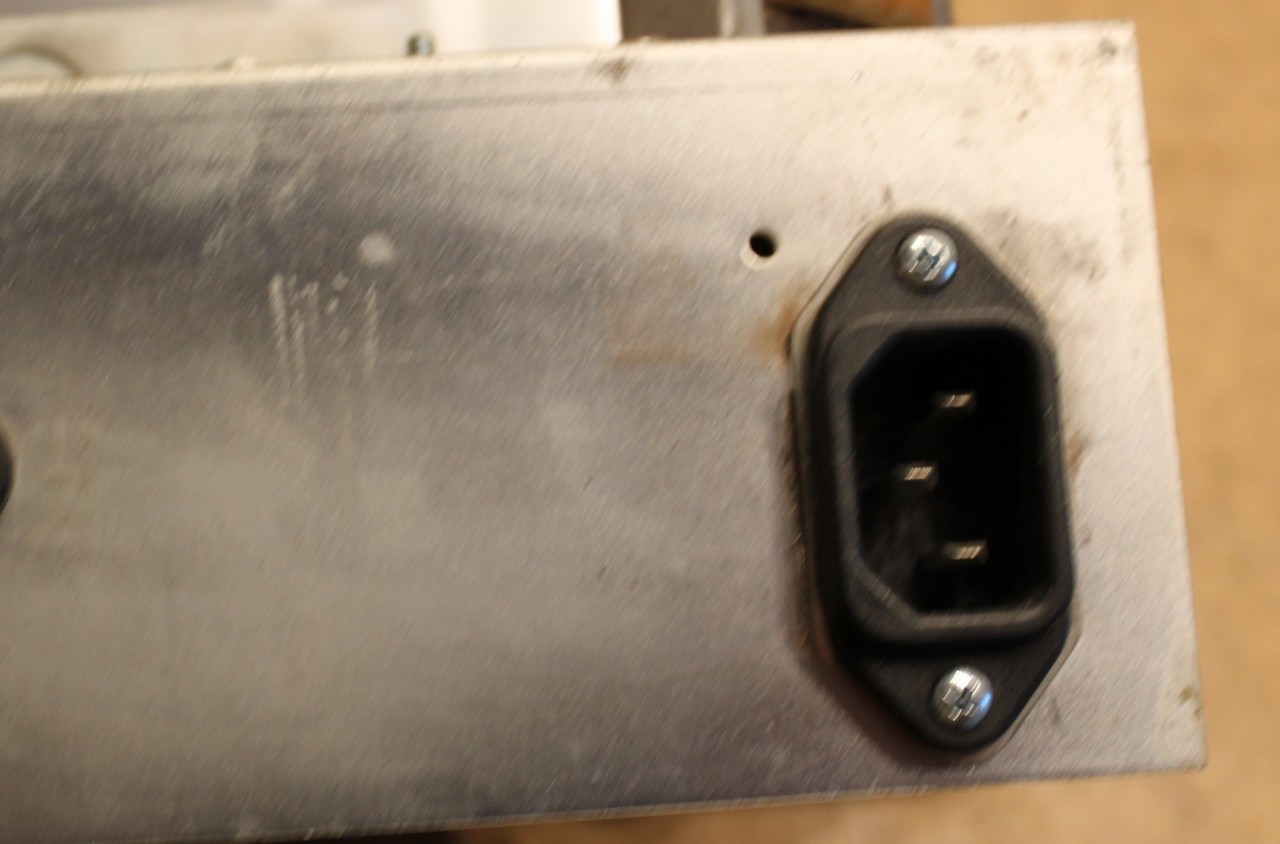 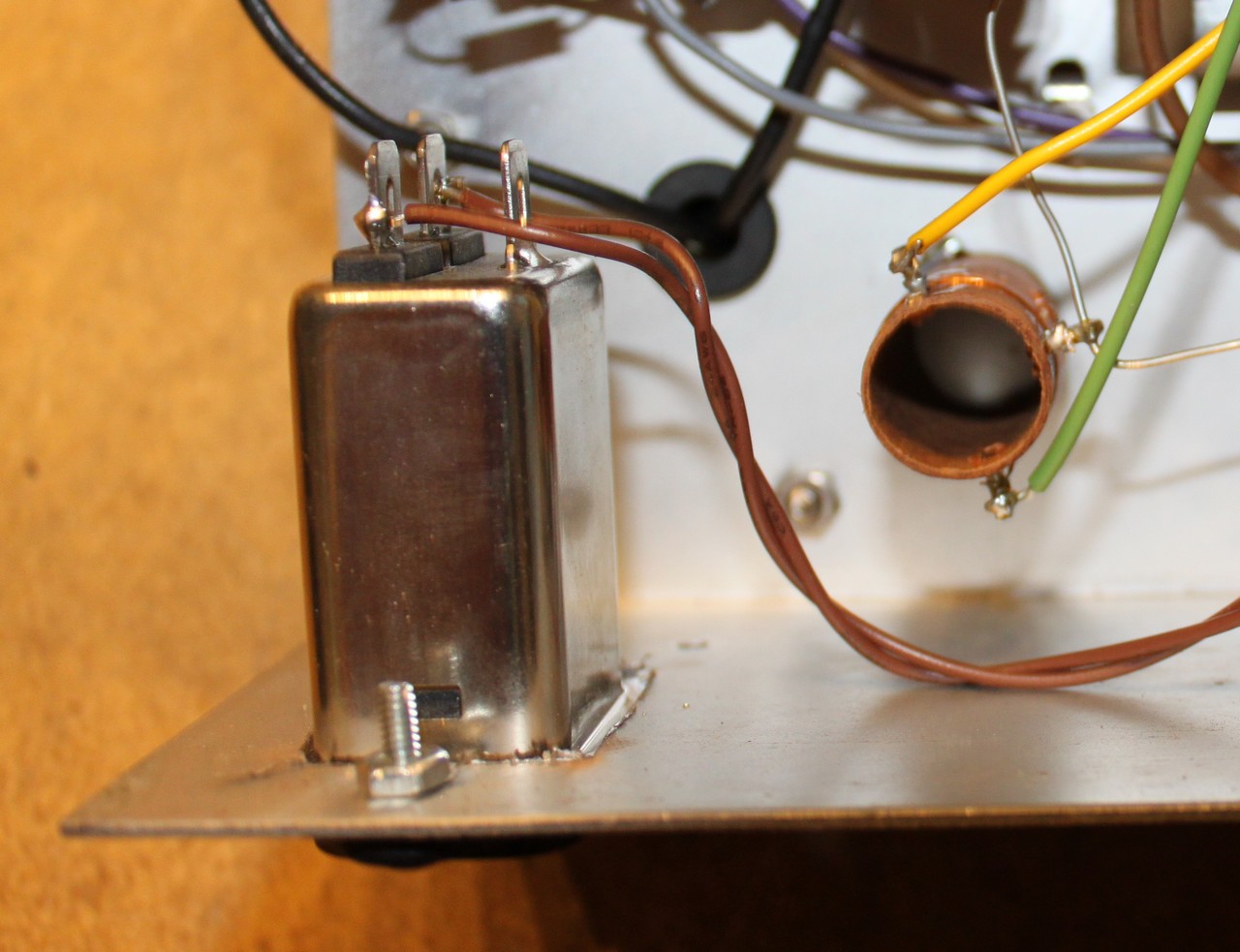 This modification is a bit controversial, as it now means the KG-650’s BNC jacks are grounded. Some radios are hot chassis and non-polarized, which means one could encounter a radio with 120 VAC on the chassis. It would be really bad to connect a test lead ground to that. The answer is to use an isolation transformer on the radio under test — you really ought to be doing that anyway. However, it’s conceivable that one day a guy could forget, and turn some perfectly good test leads into a short-lived welder.

Next it was time to take a look at the output of this wonderful RF signal generator. Here are some screen shots using my Rigol DS-1052E. The yellow trace is connected to pin 3 of the 12AT7 tube (i.e. upstream of the RF attenuator) and the blue trace is connected to the pin 6 of the 12AT7 tube. The yellow trace approximates what you’ll see on the output of the instrument.

Holy Crap! What’s going on here? Those first two plots at Bands A and B are atrocious. The output vaguely resembles a sine wave, but it all truncated and crappy. At lease band C and D look a little better. NSE Labs at https://nselabs.wordpress.com/2015/03/01/knight-kg-650-improved/ reports similar problems with the KG-650, and resolved the issue by inserting a 2M pot between C8 and pin 6 of the 12AT7. The idea is that mixer stage of the 12AT7 is being over-driven. I have a 2M pot on order and am going to give this a shot. I expect similar results on Bands A and B, but I do wonder what the effect will be on bands C and D, whether the signal will be too low to be usable at those frequencies.

Band E could not be resolved with the ‘scope.  Maybe something is broken.