My cisco router is nice… but it really doesn’t tell me at a glance how much network traffic there is. It just has a LED. Does a LED indicate a packet? ten packets? a thousand packets? a million packets?

Clearly, something better is needed.

We need an indicator that one can tell at a glance exactly how much traffic is coming or going from the Internet.

This device requires a youtube video to demonstrate its full potential.

Here’s a view of the internal components of the Packetron 9000: 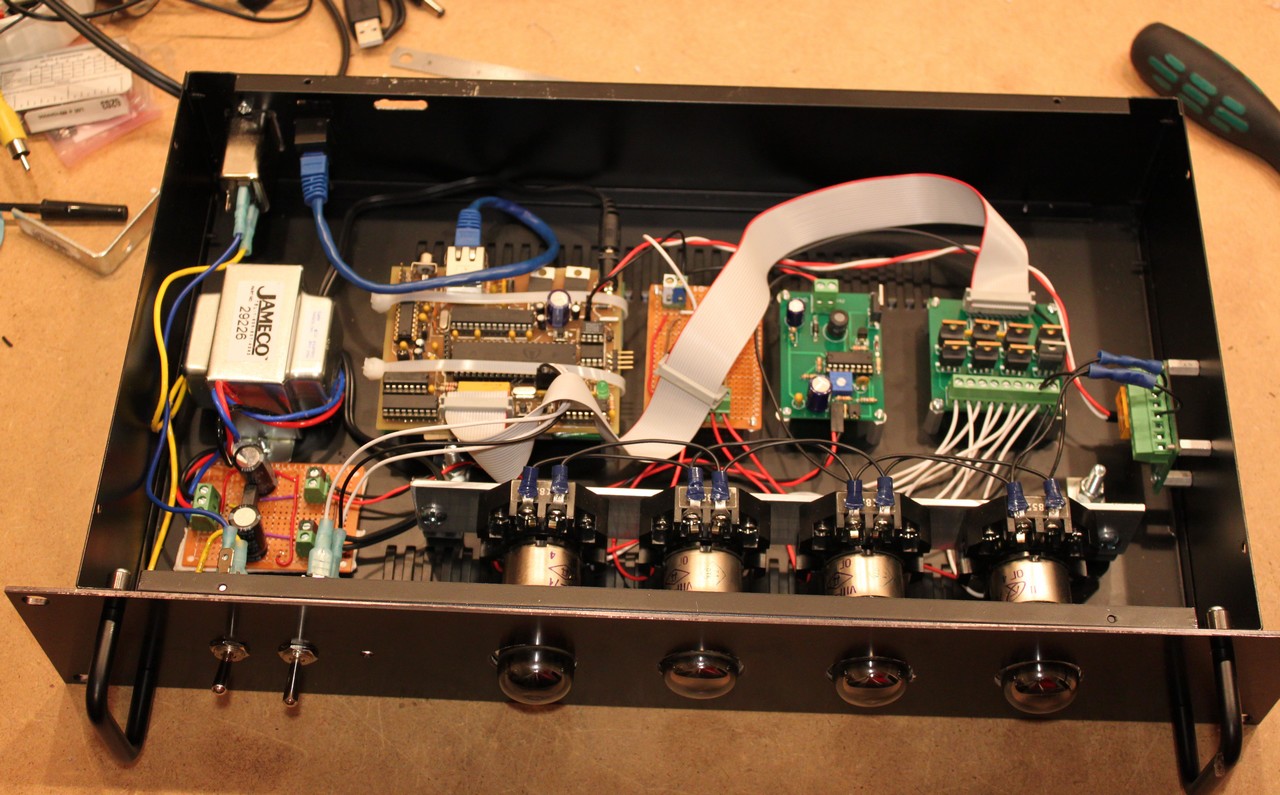 The nice thing about this project is that almost everything was a surplus design from one of my other projects. In order from left to right, we have:

So, how does this all work? The control module is implemented in a cog and does the following:

The dekatron module is composed of two cogs: