My camera light has been having issues almost since I bought it, so I tore it apart:

Here’s a picture of the light, it’s made by Polaroid. I bought it at Amazon. 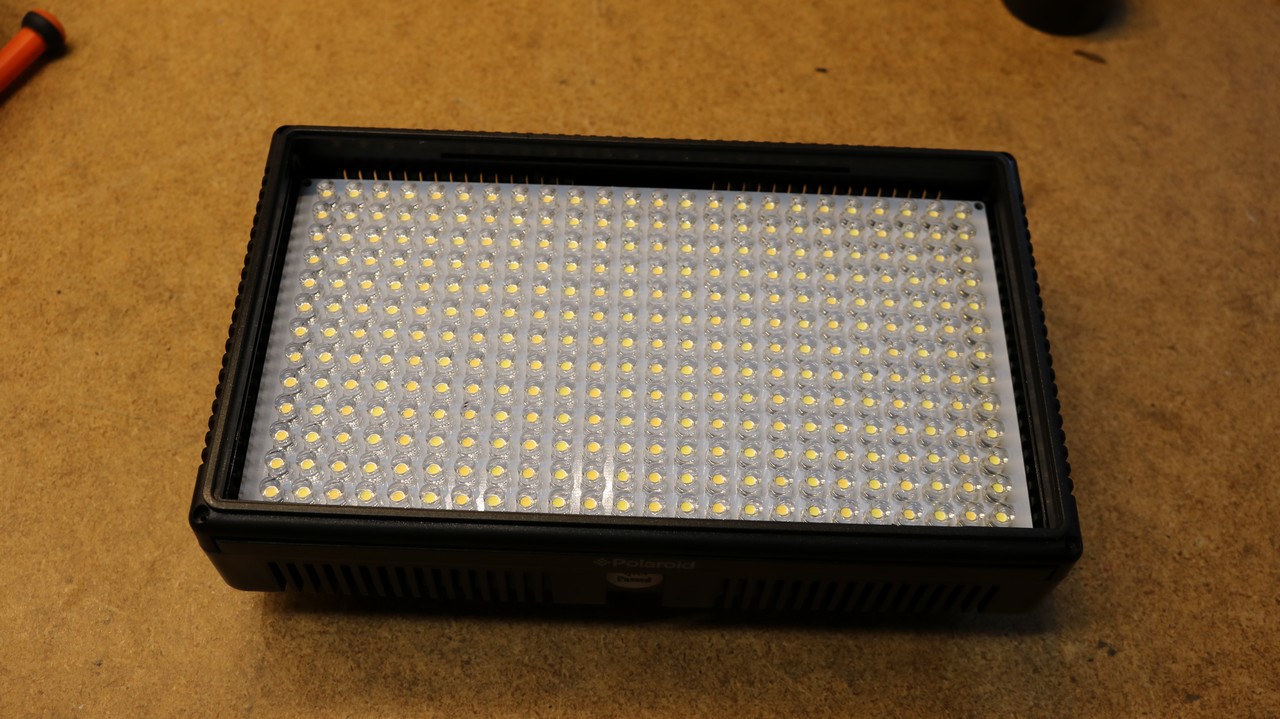 Unfortunately, I didn’t take many still shots while I was disassembling it (see the youtube video at the top for the teardown video). The only still I took was this one: 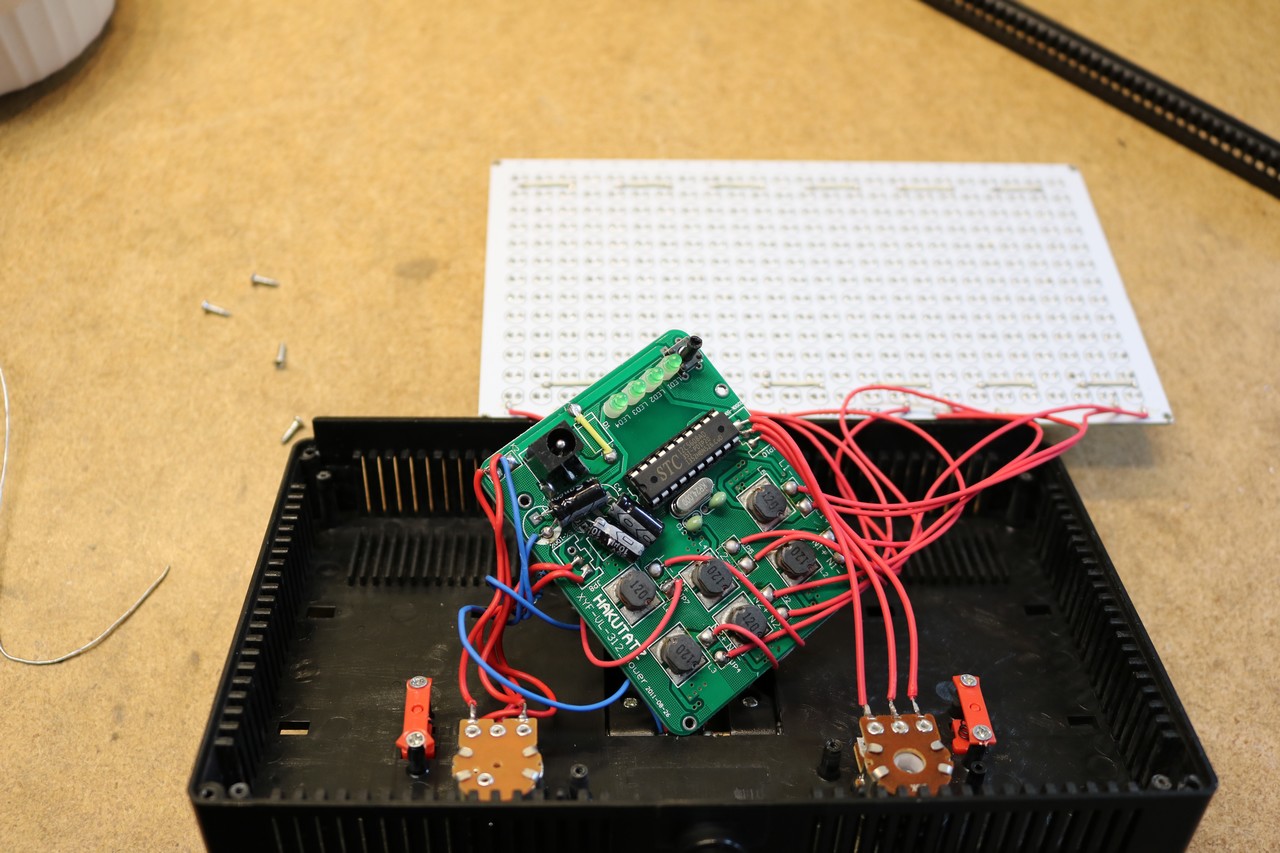 Also interesting in this teardown is that they appeared to use masking tape (yes, like from Home Depot’s paint department) as a shield between the PCB and the LED array. Stuck to this masking tape was  what appeared to be a cut off piece of through-hole resistor lead — it’s a wonder it didn’t short something out.