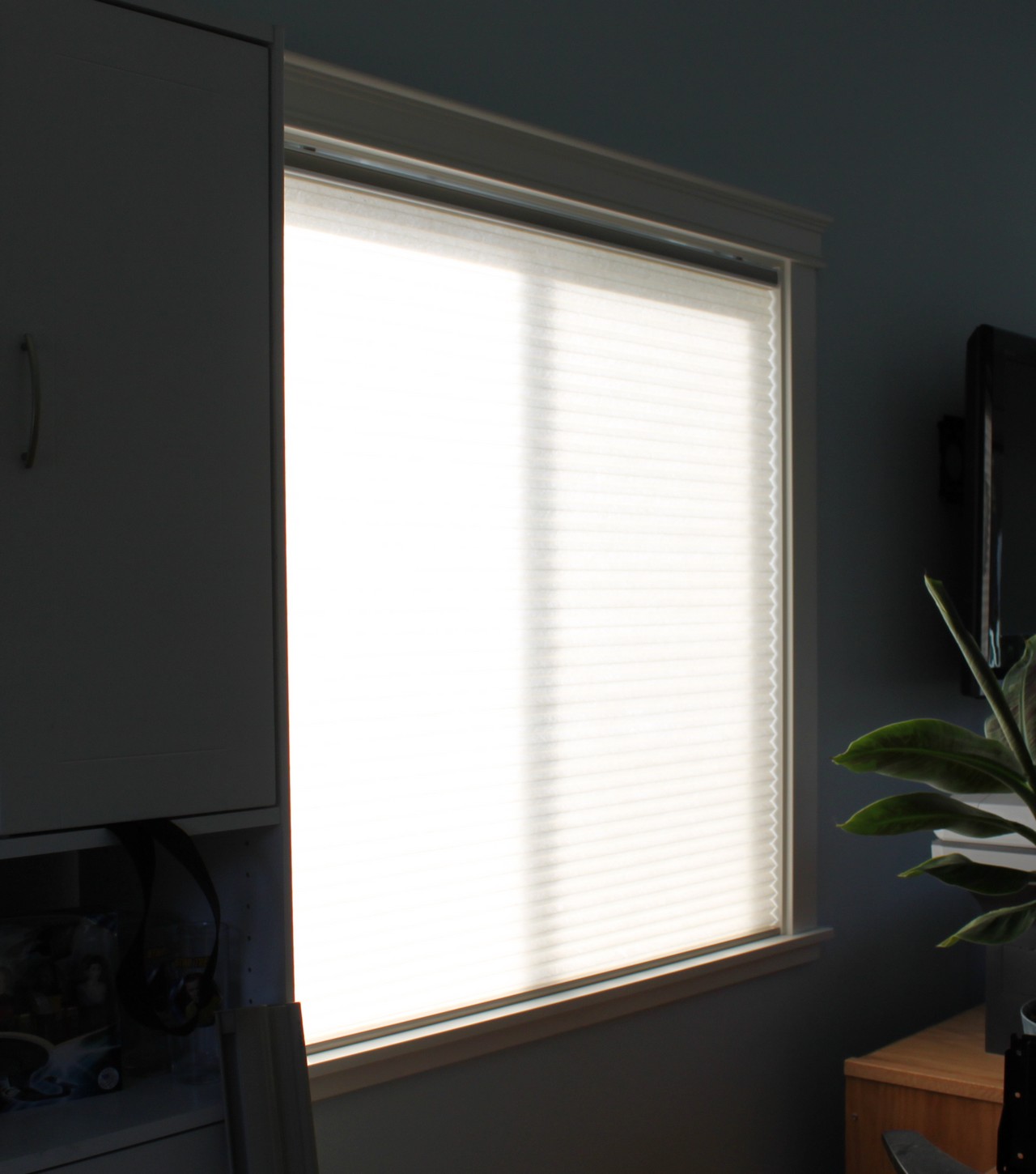 I decided to upgrade the office with an automated cellular shade for two reasons: 1) I like the privacy of having shades that automatically close at sundown, and 2) it’s more convenient to operate the shade from the desk rather than having to get up and climb around the table.

The vendor I decided to order my shade from is called ‘shadesshuttersblinds.com’. The complete blind with remote, battery box, etc was about $392. Here’s what came in the package:

Let’s take a closer look at the shade itself: 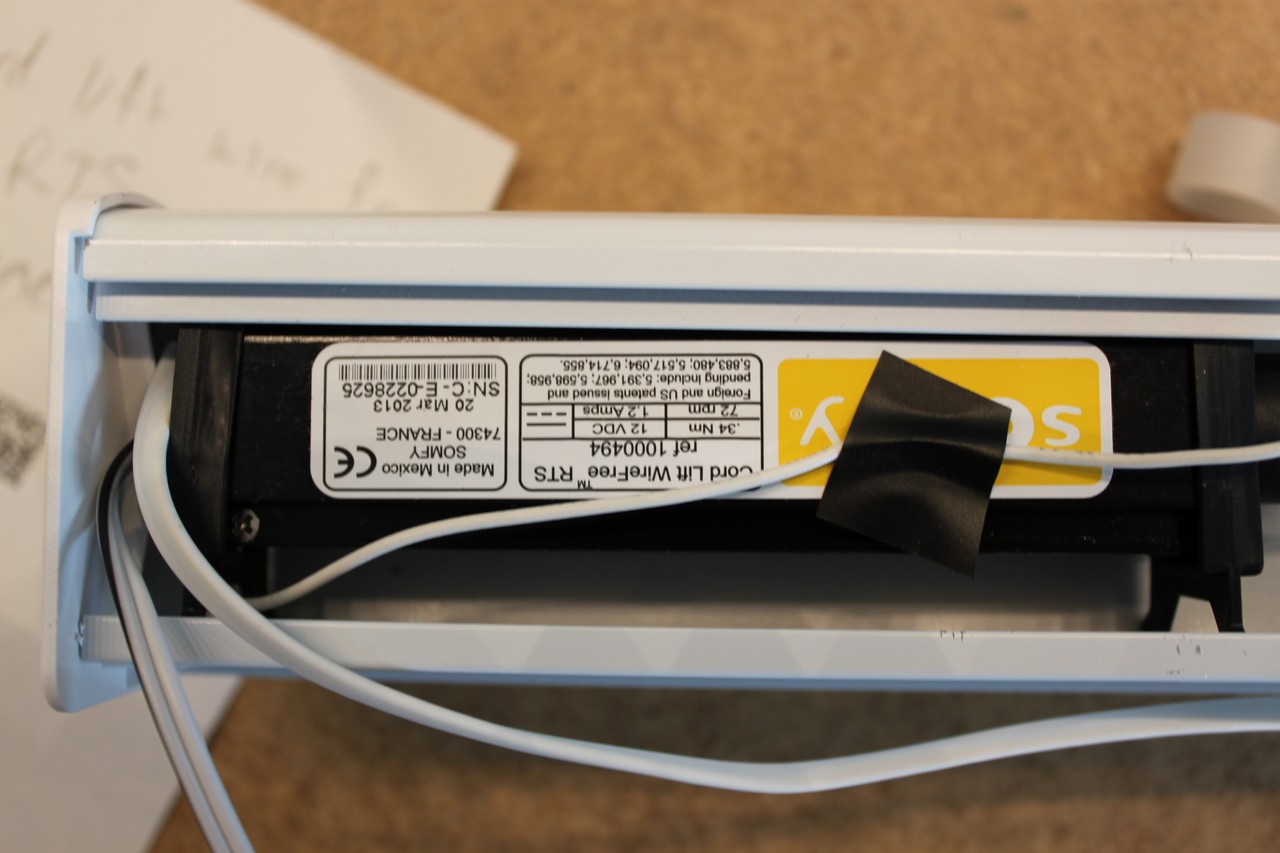 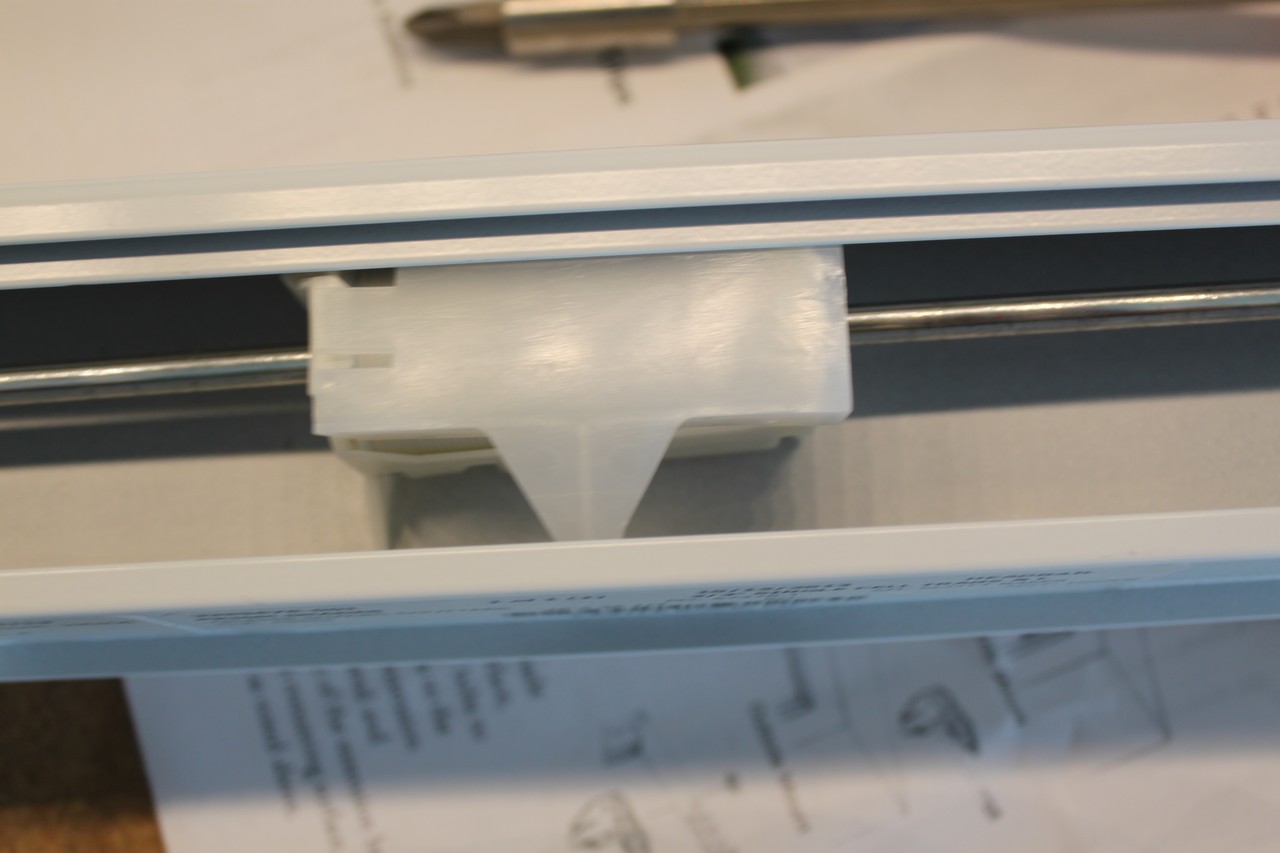 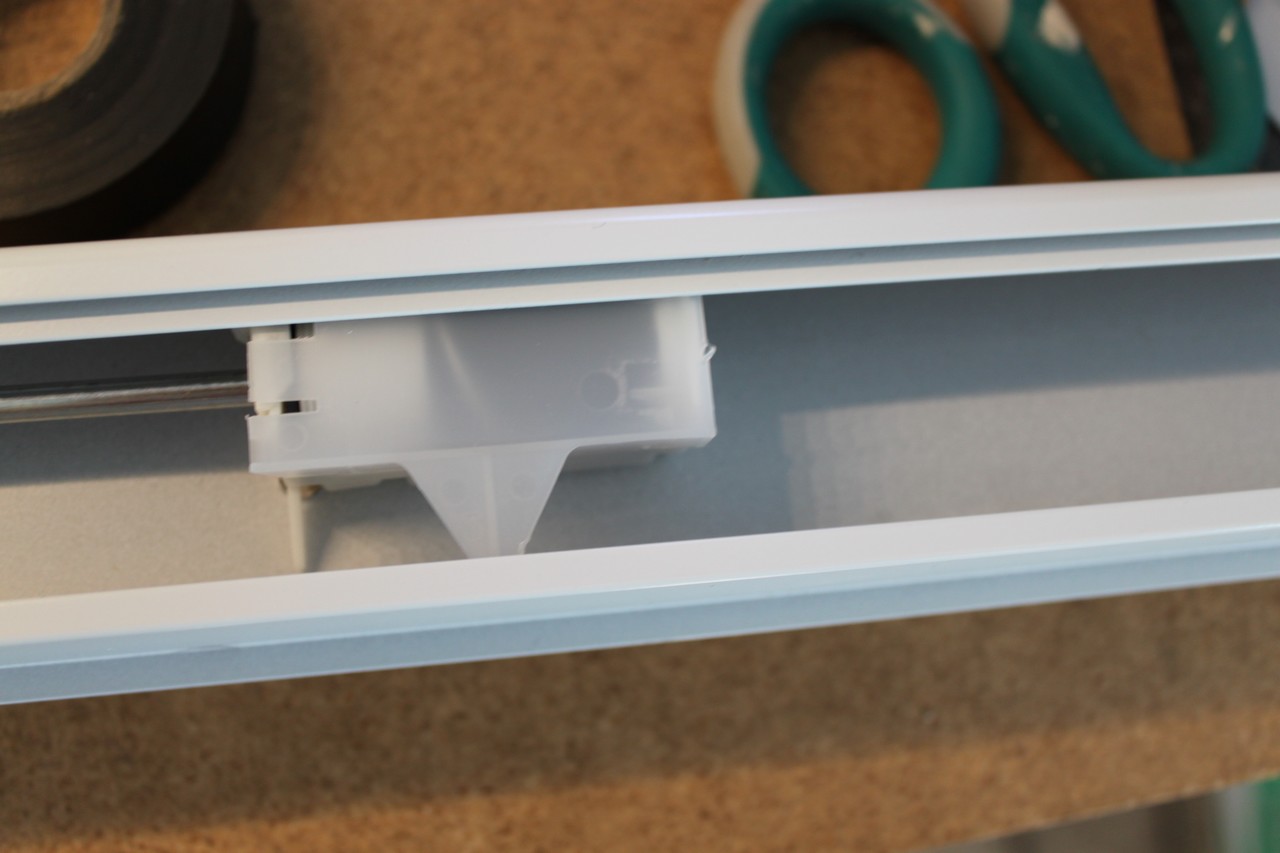 So what we can see is the ct32 radio motor. It has a black bracket that holds it in, a black shaft adapter in the end of it, and is connected to a metal rod that operates the shade. The metal rod operates two plastic reels, each of which has a cord wound around it. When the motor turns, it winds the cords up in the reels, lifting the shade. When the motor turns the other way, the cords unwind, dropping the shade.

Now let’s mount the shade in the window: 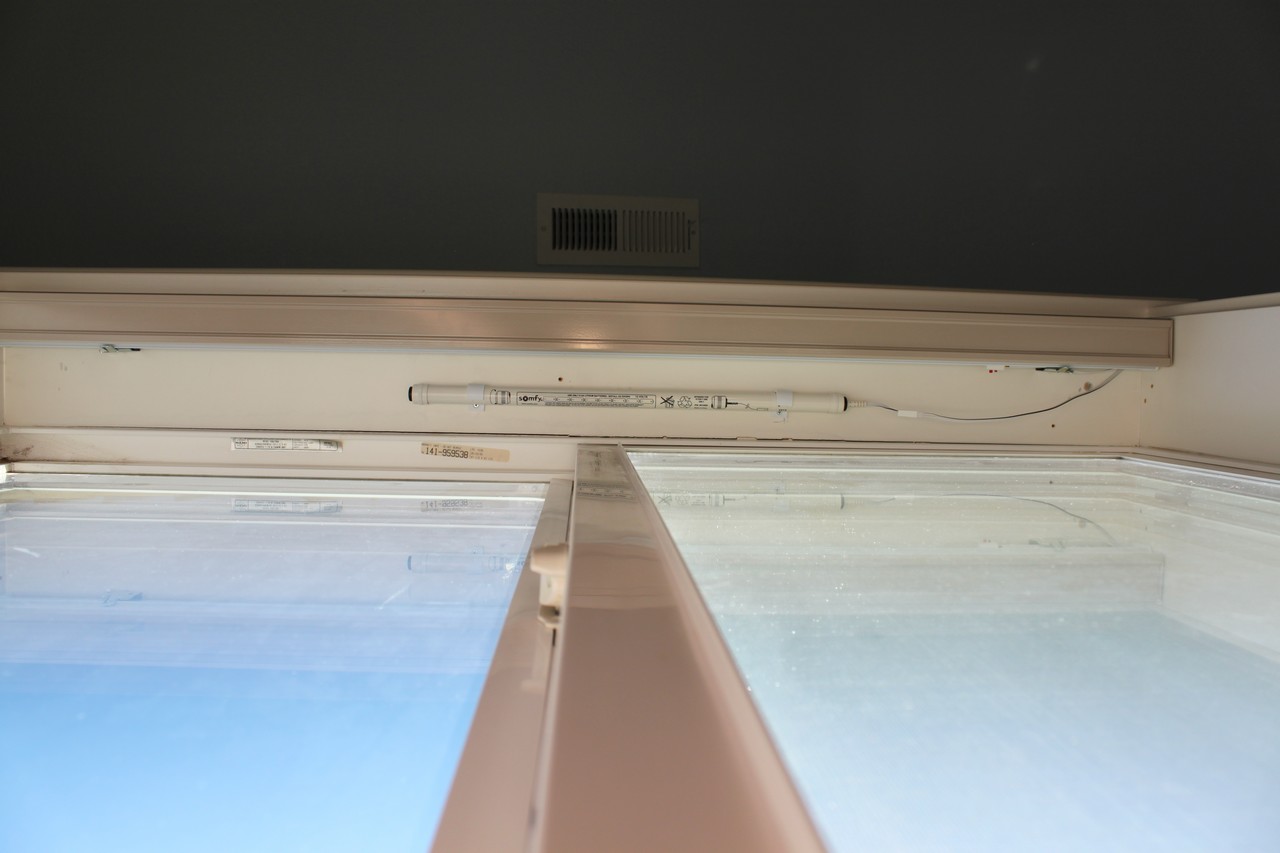 Somfy shade mounted in window, view from below

What you’re looking at above is a view looking straight up form the bottom of the window. You can see the shade mounted at the top. There’s two metal clips that hold it, each clip taking either one or two screws, depending on your preference. The shade snaps into the clips. Between the shade and the window is the battery tube, which is filled with AA batteries. A small wire connects the battery tube to the shade. The tube and wire are very well hidden, tucked up inside there.

Operating the shade is fairly simple with the remote control. The shade came preprogrammed with the correct limits set, and the remote was linked to the shade. It’s simple to use:

To automate it, I used the somfy dry contact interface, part number 1810493. Here’s a picture of the interface: 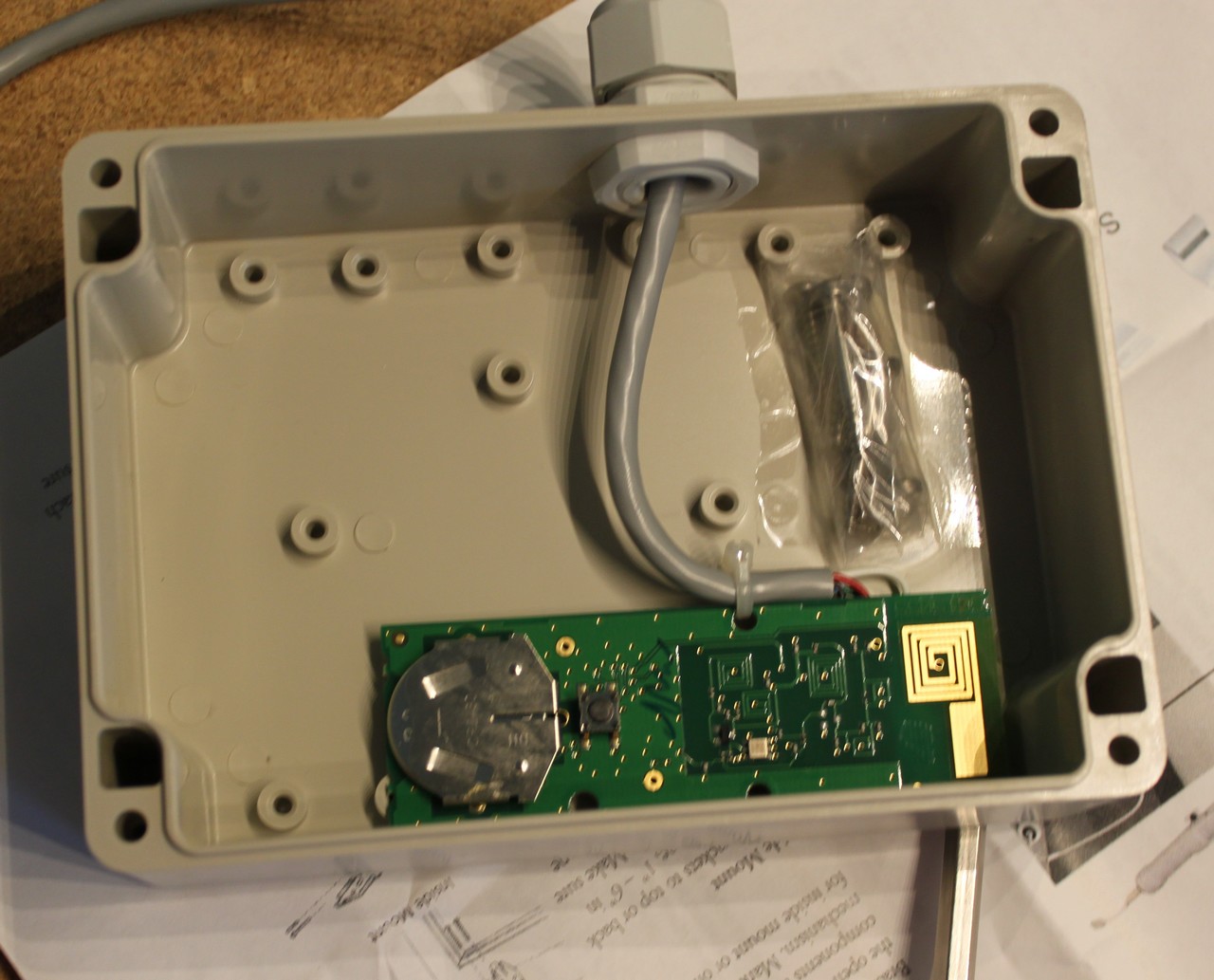 Hmm, well that’s interesting. A tiny circuit board inside a ginormous box. Let’s take a closer look at that little circuit board: 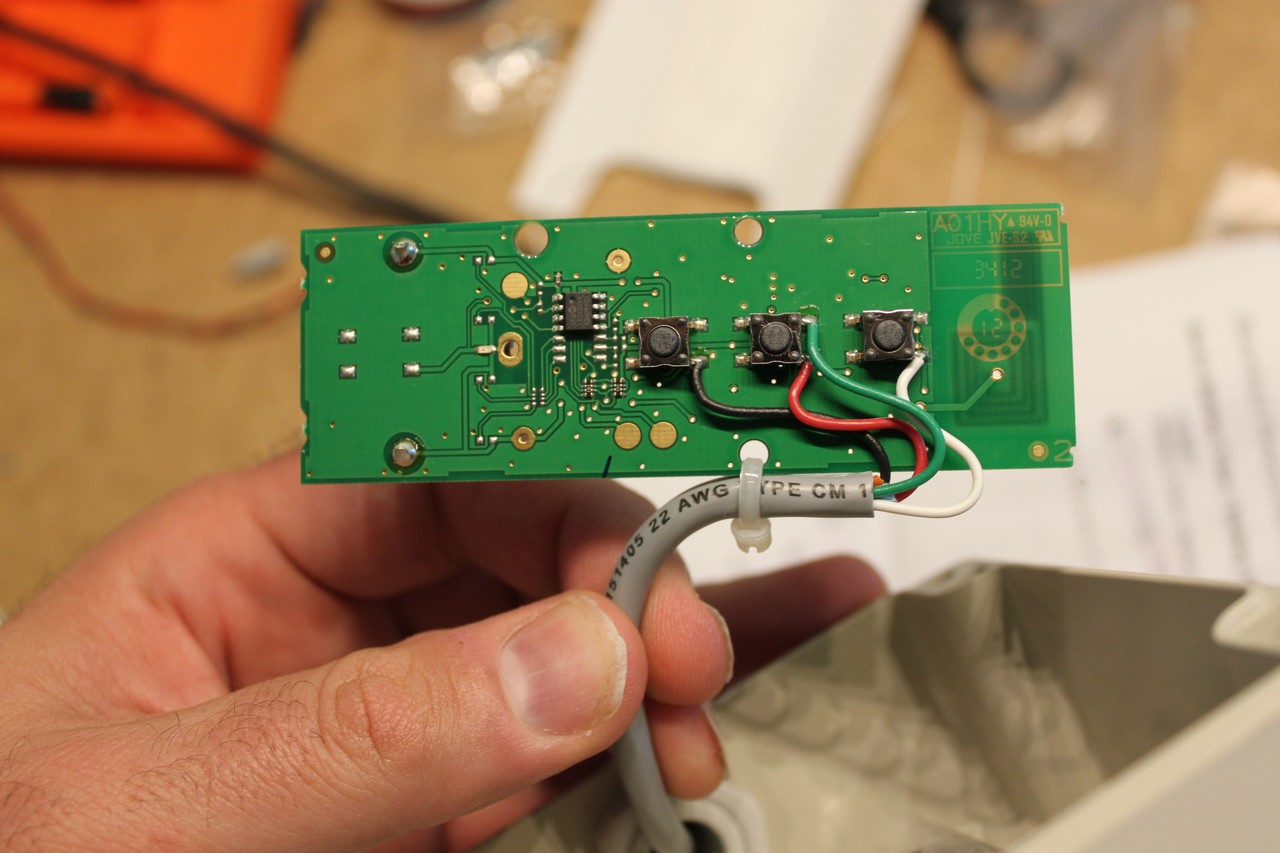 Well that makes it obvious what’s going on. It’s a remote control with some wires soldered to the buttons. The green wire is common. The white and black write are op and down. The red wire is the “My” button. Why it’s in such a huge plastic box I’m not sure.

The standard way smarthome recommends automating this with insteon is with an IOLinc. You connect the green to common, the white to NC, and the black to NO (or vice-versa as is your preference). Turning the IOLinc on closes the shade. Turning the IOlinc off opens the shade. This is kind of a crude solution as the IOLinc is a 2-state device. It’s not really adept at sending two different momentary signals. It either pushes the up button or it pushes the down button. All the time. There’s no way to get positional feedback, so your automation system doesn’t know the state of the shade. Technically, this is fine if you only control the shade with the IOLinc. However, if you have people also controlling the shade with the RF remote, then you could get in an inconsistent state.

What I want it is for my automation controller to send an “up” command at sunset each night. I can only send an up command if the IOLinc is in the “down” state. So, this is my first cut at how I automated it with my ISY994i:

This way, regardless of whether the automation controller thinks shade is currently up or down (i.e. if someone has played with the RF remote), it is always sends an “up” command 10 minutes before sunset. There’s a short jog for 1 second while where the shade may move momentarily down, but this is a small price to pay. If the IOLinc had been a 3-state device, or if two IOLincs were used, then it would have been a little bit more convenient. Nevertheless, Success!