I bought this cool Cooper Wiring nightlight on Amazon:

Unfortunately, it’s just not working out for me. My hallway is dimly lit during the day. Not dark, but dim. The night light doesn’t turn off presumably because it’s not bright enough. so, I decided to tear the thing apart and see what’s inside of it. The white top cover is surprisingly easy to remove, just pry the two metal ears back slightly and it’ll snap right off. Underneath, we have a circuit board:

What can we see here? Well there’s a single pushbutton switch (a spring goes on that; don’t lose it). There’s a little microcontroller? Silly me, I forgot to write down the part number. I have a feeling it was a PIC. Next time I tear it apart, I’ll have to look. There’s a photocell marked CDS.

One screw to remove in the center and the circuit board will come out. The hot AC wire is connected via a springy tab to the PCB. The neutral has a short wire to the neutral screw on the side of the receptacle and pulls out with the PCB. Here is the underside: 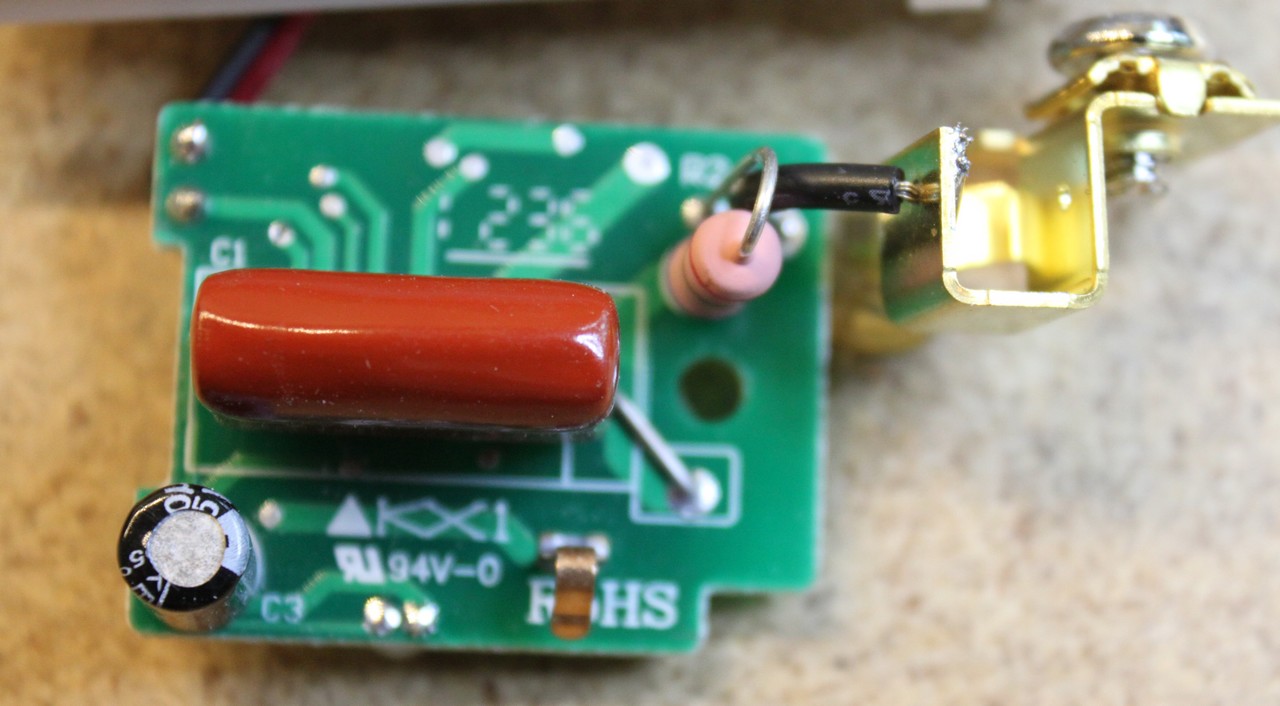 The LEDs connect via a little red and black wire: 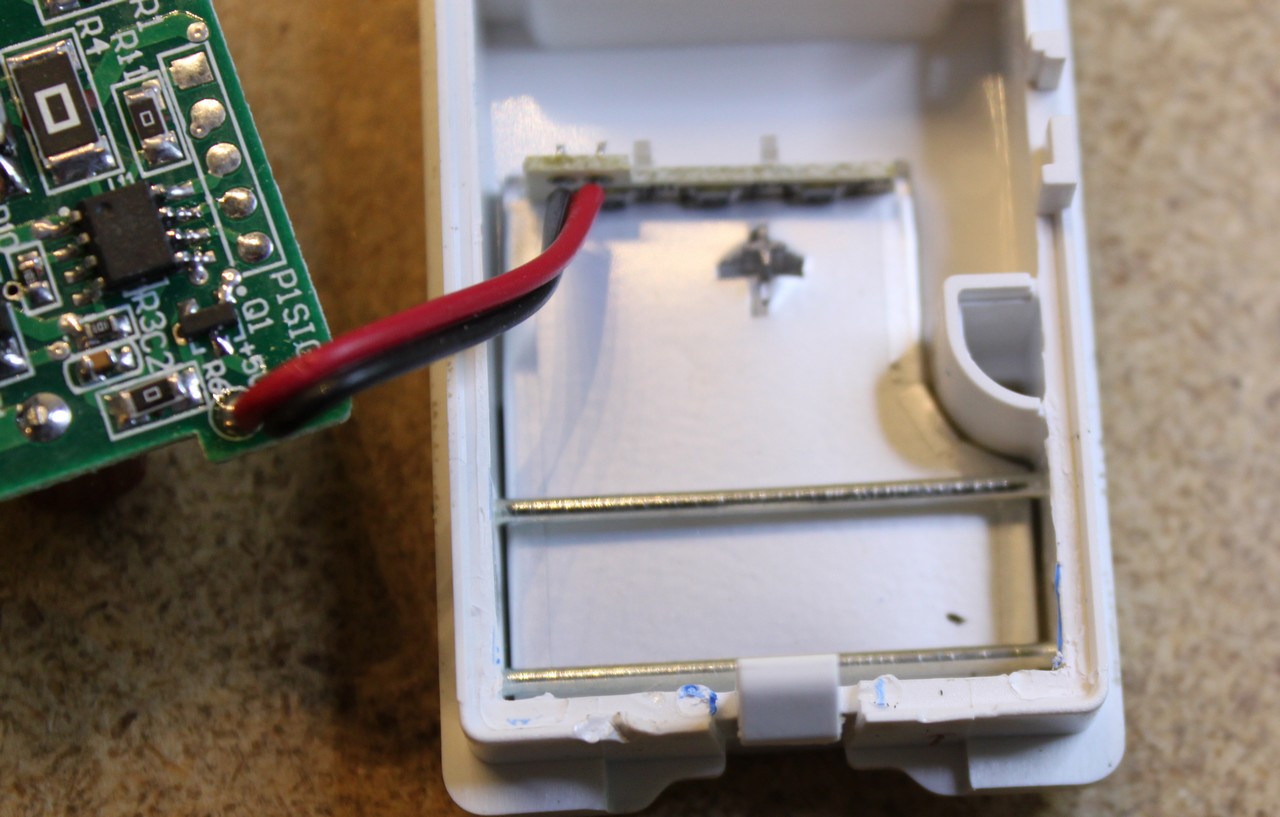 I look a little bit of time to try to trace what I believe was the photocell circuit: 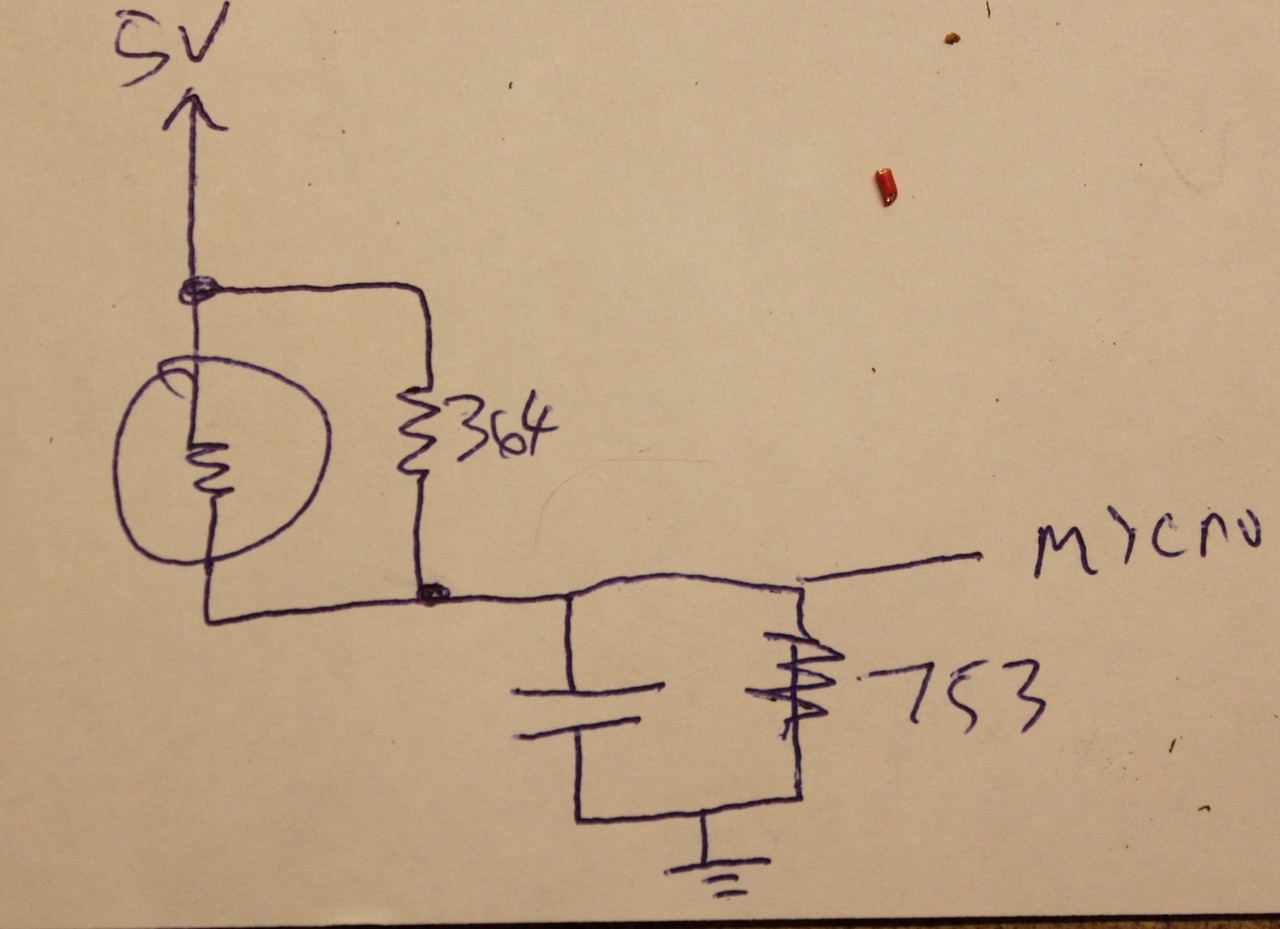 So how to make this thing turn off during the day time like I want it to? My first attempt was to fool with the 364 resistor, but that’s not yielding much success. I think the problem is that the CDS photocell probably has such a wide range that tinkering with the parallel resistance is going to have a big effect on when the photocell is dark and resistance is high, but only a minor effect when the photocell is light and resistance is low. So if I attempt to put a lower resistor in parallel, I’ll screw the gizmo up so that it will turn off during the day but won’t turn on during the night.

Maybe I should tinker with the 753 resistor?